A wonderful new home for Welcome Lodge of Royal Ark Mariners No. 651. 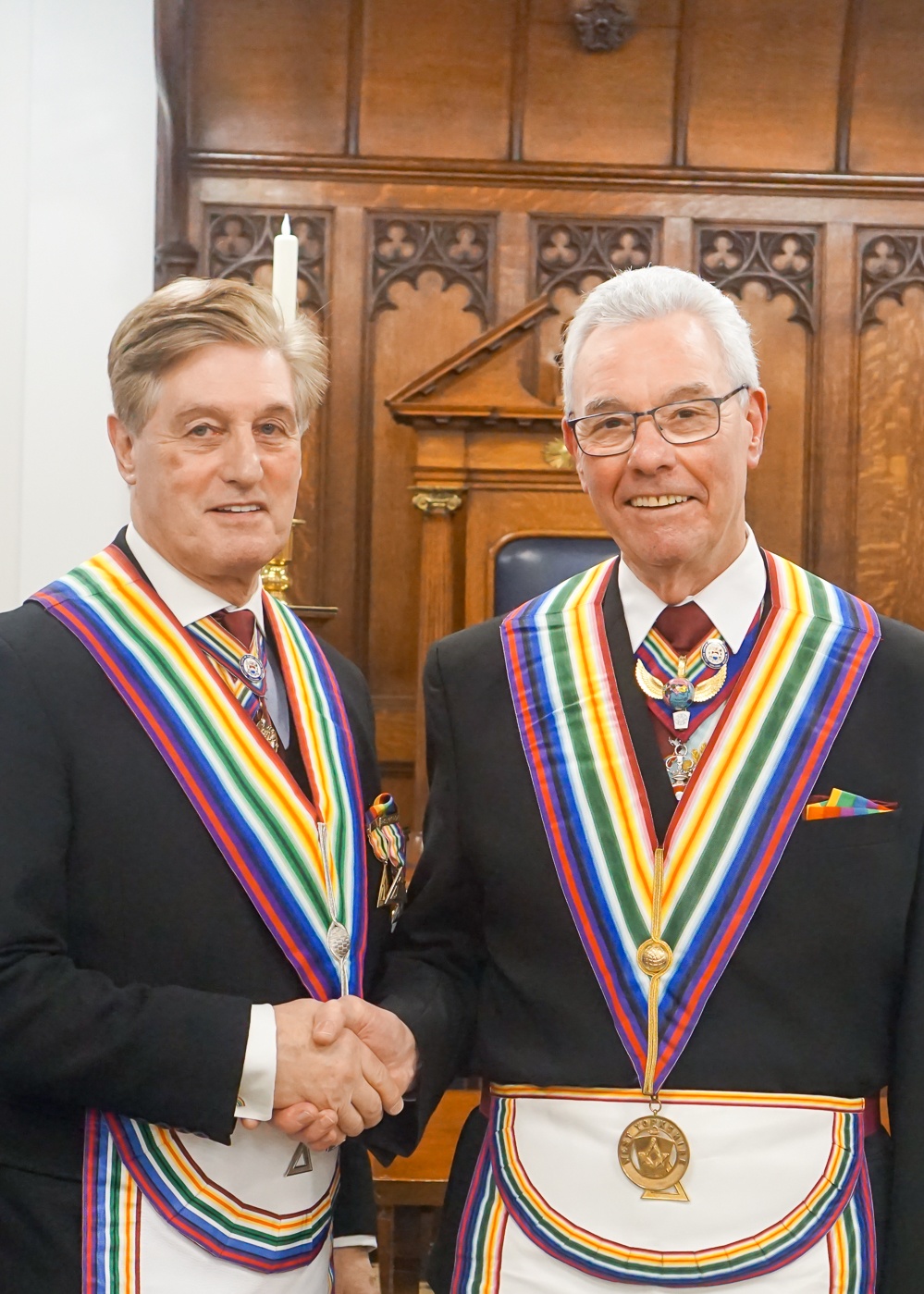 Monday, 12th January and the gates of Rotherham Golf Club, Thrybergh, opened wide to receive the Members and Visitors attending the Installation Ceremony of Welcome Lodge of RAM, its very first meeting in these premises, and from the outset none were disappointed. A most imposing building superbly presented and warm, not just the temperature, but primarily the welcome all received from the Worshipful Commander, W.Bro. James Newman O.B.E, his Officers and Brethren; in that respect no different from Wellgate.

The Secretary, W.Bro. Ian Stephens firstly read out the Dispensation following the change of venue and salutations  were given, most importantly to the Admiral of the R.A.M. Fleet, R.W.Bro. James Steggles, G.M.R.A.C. and also his predecessor R.W.Bro. James Truswell, remainder according to Rank.  W.Bro. Ian then gave a detailed report of the Lodge activities in the preceding twelve months where they had enjoyed an Elevation, Bro. Joseph Brian Walker, sadly two resignations but, as we later found, three propositions for new members,  the future is bright.

The Ceremony of Proclamation  was perfectly orchestrated by the Director of Ceremonies, W.Bro. Michael Minns culminating in him proclaiming W.Bro. James Worshipful Commander for the ensuing year and reminding him of the duties of his office which remained within his purview. The Appointment and Investiture of the Officers was then delightfully despatched, with appropriate comment to each by W.Bro. James, which prompted a response by the Chaplain, W.Bro. David Bacon, ‘and I give you my blessing’ I think that he meant it for us all, thank you. At this juncture, I should add that W.Bro. James was due to hand the reins to W.Bro. Peter Riggall who was in our hearts and minds throughout the proceedings and all were united in hoping that we see him in the chair in due course.

Next, introduced by the DC, W.Bro. Michael, was the presentation of a Past Masters Jewel to W.Bro. Chris Hamer who was not present to hand over to his successor a year earlier and has continued with ill heath for some time. He was present and the Jewel was his by right, so to quell any doubts, the P.G.M under the authority vested in him by the Most Worshipful Grand Master gave his permission and presented it himself. R.W.Bro. Jim Truswell then introduced a Past Masters Jewel which had been the property of the Grandfather of W.Bro. James suggesting that it could now be presented. Again it required the intervention, quite correctly by the PGM people come before process, and W.Bro James will wear it throughout his second year. There was quite a diverse programme in the Summons which took us to the Presentation by, R.W.Bro.Jim, of a Grand Lodge Certificate to Brother Joseph Brian Walker, something he will remember for many years. The remaining items duly processed, the Lodge was closed in due form and all adjourned to the Festive Board which,  In keeping with all that had gone before, was delightful, no complaints anywhere.

The Toast to R.W.Bro. Jim  sincerely and professionally delivered by W.Bro. James commenting that not only did we have a leader who had the rare honour of being a member of the Grand Masters Royal Ark Council but was a very friendly, approachable and inclusive man.  Responding R.W.Bro. Jim complimented the Lodge upon the quality of their new facilities, congratulated W.Bro. Stephen Fletcher upon his appointment in April as the Provincial Grand Senior Warden and the Worshipful Commander for all he had achieved in the Masonic Charitable Foundation. That prompted a reference to the M.B.F. which, in the past year has made numerous donations to Charitable causes in the Province of West Yorkshire. These have totalled in excess of two hundred thousand pounds to date including a Support Vehicle for St. John Ambulance, a rapid response vehicle for the Yorkshire Air Ambulance and,  in April, a refurbished Barge for the Safe Anchor Trust, as he then said, ‘be proud of what we do’ The remaining toasts were then submitted in fine form and equally well received.

What a wonderful evening of the Fraternity of Royal Ark Mariners not a Member, then come and join us!